Today is my 2nd anniversary of when I became vegan.

Two years ago today, I was showed a video about animal rights by my friend, after which I couldn’t eat animal products.

Actually since several years ago when I began doing Reiki, it seemed like I hadn’t found animal products to be tasty, so it would might have been good timing.

I hear that most spiritualists are vegetarians.

The reason is that when you eat animal products, the Spiritual wave is going down and it makes them hurt.

It seems to be because the animals’ fear of death and sorrow are left after being excreted in the body.

I liked to eat them, but on the other hand, since childhood, I hadn’t liked the fish with intact heads, whole chickens, and the smell of their blood.

And several times it seemed like they were killing me, when I got food poisoning from these products, or when I ate too much. I inevitably became sick afterwards.

In Japan, from when we are born until now, we have been taught that we have to eat them, because if we won’t, we will lack nutrition.

I knew they were living things like us, but I did not notice that they feel love, suffering, pain, etc., the same as we do.

Even though these animals are the same as a pretty pet dog.

Some people don’t understand why other people choose to become vegan.
and it is still difficult to understand about veganism, even in Japan, where it is common to eat dairy and a lot of the animal products, as well as in Argentina which has a big livestock industry.

In fact, I used to think that about them before, because I didn’t know anything about vegans, so I understand such situations.

Indeed it is very hard to find vegan restaurants and cafes in Argentina.

It’s not only food, but the same thing can also be said about animals used for experiments, as well as fur and leather goods.
It is also very difficult to find shoes, bags, etc., that don’t contain animal products.

Well, as for my meals, to be honest, at first, I did not know what to eat, and I was full of anxiety.
Especially, I was worried about lack of nutrition.

From I was a child, I hadn’t had a big appetite, and I was a delicate child.
But now I feel that I’ve become healthier than before.

Being vegan has also given my body nice beauty and health benefits.

◆After I became a vegan, I hardly have any acne.
◆Before, I had migraines frequently, but they have decreased.
◆If I would eat too much, I don’t get sick.
◆
◆I feel I’ve become more sensitive to the taste of food itself.
◆Several nails have regenerated.
◆were alleviated, and I feel calmer now.
◆My metabolism has increased, and it’s difficult to gain weight.
◆I got very good bowel movements as well as my abdomen doesn’t feel bloated.
◆I don’t need to worry about the food poisoning.
◆It has become easy to manage the food because I don’t have to worry about the preservation of raw animal products.
◆It is easy enough to buy the food at a fruit and vegetable shop and and a diet food shop so it is easier than before.
◆The food expense is cheaper than before.
About this, it depends on the area where we are, and which food our favorite is.
In Argentina it is difficult to find tofu, soy milk, mushrooms, maple syrup, these are vegans’ favourites, and they are very expensive.
Also Organic vegetables and fruits, good quality oil and the nuts are not so cheap)

In recent years there have also been research findings from the medical community that vegan food is effective for diabetes control and for cancer patients.
Look at Dr. Greger’s presentation:

Whether you are interested in veganism or not, try vegan food even if it’s just for health and diet, at least once a week!

By the way, the video that changed my life is here If you are interested in veganism please look at!

Best Speech you Will Ever Hear – Gary Yourofsky 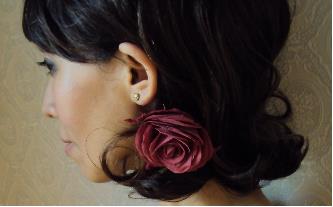